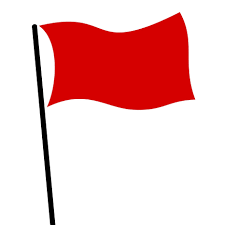 Back in the late eighteen hundreds the motor car, or horseless carriage as it was known, was a new and exciting thing that was to be a sight on the roads, albeit irregular. As we have now, spotting a car coming along was starting to prer on the minds of Governments and Councils. The car’s speed had to be regulated for it was clear that if it hit someone, or an animal it could cause severe injury.

In modern times we have headlights and reflective material such as Chevron Kits that are applied to the back of Vans like those from https://www.vehiclechevrons.com/. Our ancestors had none of this so they were obliged by law to have a pedestrian walking at the front of the automobile waving a red flag and warning other road user’s pedestrians or animals that the car was coming. This person also had to warn the driver there were others ahead and that to assist the other road users in passing the automobile. If the motorist wanted to go out they needed to have 2 other people to go with them for safety.

Things were even more stringent in the USA where the law stated that as soon as the motorist saw another animal powered vehicle approaching they were to stop and get the flag waver to help them literally take the car apart and hide it’s various pieces in a hedge as quickly as possible.