Air con systems of the past 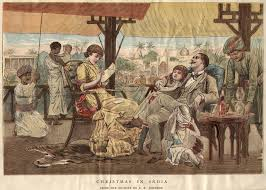 As you sit in your office or your home you might be lucky enough to have an air conditioning system. This really is a useful bit of equipment to have as the mercury begins to rise to unbearable levels. With the world getting hotter year on year perhaps it is time to have a think about installing a system if you don’t have one.  People in need of the Air conditioning Gloucester area know that they are fully catered for in this department.  They just need to put in a call to  Accec Air conditioning Gloucester who will have a system perfect for their needs. What did we do to keep cool before we had air conditioning? 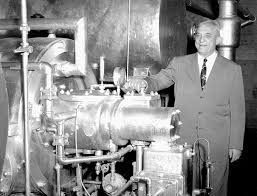 The first air conditioning units were developed in 1902. It was a very simple case of reverse engineering. At the turn of the century our ancestors wanted to keep warna nd a system where warm steam was blown into a room seemed the perfect answer. A man named Willis Carrier had the idea of reversing the process and using cold water coils instead of steam. Thus, air con was born.

Before that the idea of wafting cool air was still well known. The only problem was it’s application. In the days of the British Raj the colonial’s were not the type to start wearing loose fitting clothes, especially when they’d paid so much for the tweed and the corsets They employed local servants to constantly tug on a large wooden fan directly above the dining table.