The Roman Empire reigned over much of Europe for Centuries. The success of this Empire was largely due to the power and might of the Roman army, as well as the fact that Romans were very advanced in many ways. For example, nowadays we use many of the ideas that were first introduced by the Romans – from the use of copper like these copper pipe fittings https://watkinspowis.co.uk/products/copper-pipe-fittings-and-press-systems for our plumbing, to the original Roman roads that were built, and even the ideas of underfloor heating.

So, when you look at all the things that the Roman Empire had going in its favour, what was it that caused it to fall apart? Well, there is no one definite answer for this, but instead a few contributing factors…

Financial Problems – Rome spent a lot of money on its army. As well as invading and taking over many nations, Rome was attacked by many external forces through the years, and the cost of these continual wars really started to stack up. The economy of Rome relied heavily on the work of slaves, which were brought from countries that were invaded. As the expansion came to a halt, so did the supply of slaves from other places which caused a labour shortage. 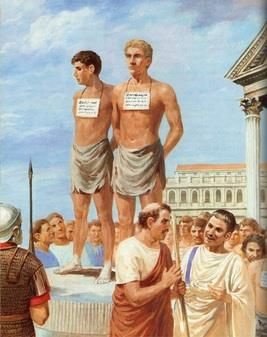 The Division of the Empire – At the end of the 3rd Century, the Empire was split into East and West. The intention was that this would make it easier to manage, but however it actually caused more problems than it solved. The two halves would tend to argue over supplies, military spending and finances and soon a gulf between the two started to develop, with the Eastern Empire being wealthier and more affluent as the Western Empire started to descend into chaos. This meant that the Western Empire was the first to fall, and with it much of the territory that it covered in Europe at the time. Too Much Territory – The Roman Empire was vast and covered much of Europe, but the problem with this success was the fact that governing and managing it became incredibly difficult. Getting enough soldiers to manage all of the different areas and deal with external forces as well as internal uprisings was increasingly becoming a challenge, and despite the brilliant road system, supplies and armies still could not be moved around quickly enough to cover this vast empire.